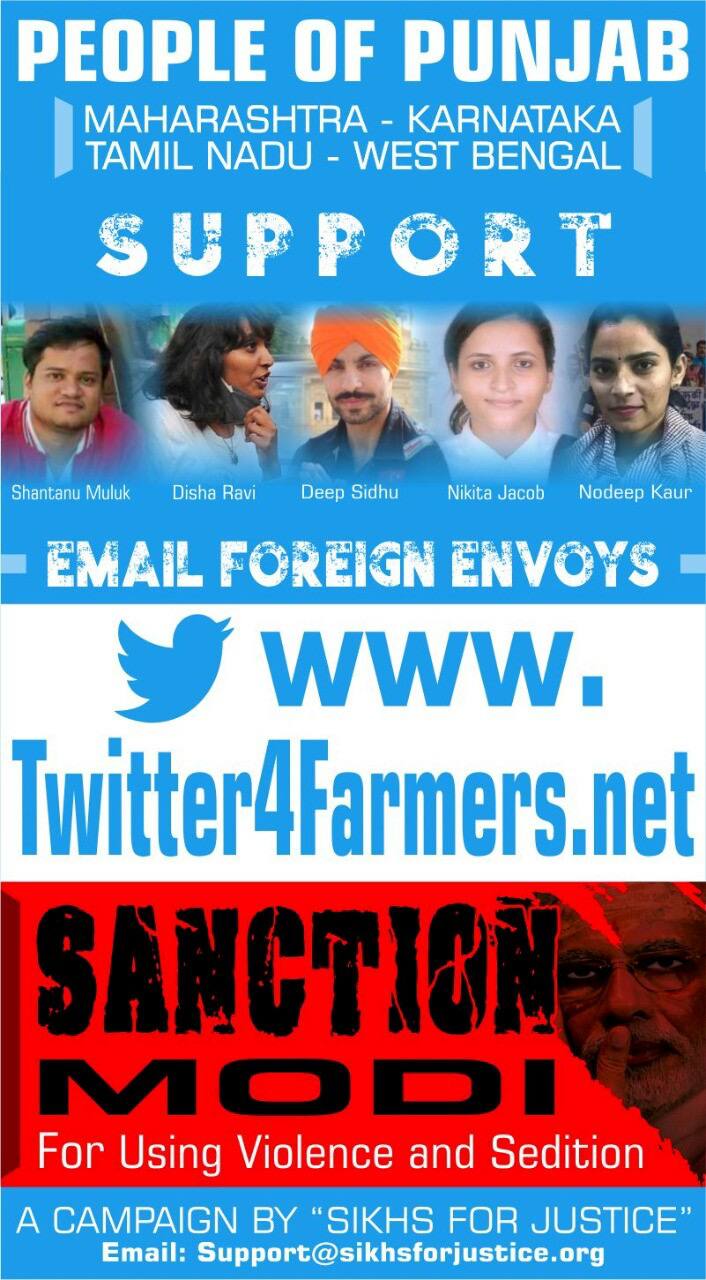 My name is . I am writing to urge your government to issue sanctions against the Modi regime which is using violence to suppress the ongoing farmer's protest and sedition charges to terrorize the supporters of farmers' rights.

While protesting against farm laws, more than 200 farmers have died and hundreds have been arrested. The activists supporting farmers' protest are also being arrested and prosecuted on criminal charges.

Disha Ravi, a climate activist has been arrested and charged with sedition for formulation and sharing the "Toolkit", a document floated by prominent Swedish environmentalist Greta Thunberg.